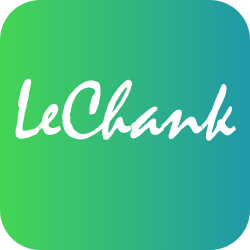 With 2017 approaching, more and more exciting events are happening around us. Every year Kate forces me ( ;-) ) to watch X-Factor. Whilst watching an episode I remembered a friend telling me audience seats for all of ITV's shows are free and you just need to apply for at www.applausestore.com. I registered and as soon as tickets for the final could be applied for I did.

A week or so went by and I received an email telling me I had been successful. How the tickets work is that there are more email confirmations sent out than seats in the arena. What we had to do is on the day of the Final, get to Wembley as soon as we could to collect our tickets. The quality of the seat you receive is on a first come first serve basis. With that in mind, Kate pre-booked a parking space in the same car park the ticket booth was and on the day left the house in the morning. We arrived lunchtime, queued for our tickets for approximately 10 minutes and got seat right in the middle in the main section. I can not imagine anybody having to make such little stress-free effort to get such good seats at such a large event. Boom!

Getting our tickets so early before the show started (doors opened at 6:15 and recording started at 7:45) we had some time to kill. The buildings in the surrounding area are very modern and are actually quite nice to look at. That combined with the wide pedestrian areas it was quite a nice and relaxing walk.

Our seats at the back row of the main section were great. We had a good view of the stage and close to our left was a small platform where Dermot O'Leary stood to do some of his links. Im pretty sure he breathed on me. OMG!

About half was through the show, Crazy Suit Man told us that the current Guinness World Record for the number of Selfies taken at one a event was about 4,000 and that we were going to beat it. With an audience of 11,000 we smashed that record!

The most entertaining element of the night was possibly the guy whose job it was to get the crowd all geed up (and as he put it, to make the audience at home jealous that they are not there). This crazy-looking-suit clad man was awesome, getting us out of our seats to do old school dance moves, such as "Driving The Mini" and "Sewing The Seeds". During the advert break when he was getting us to dance and the other judges had gone back stage, Nicole Scherzinger, stayed to dance with the crowd. I don't know who is was but he was the man!

Is was a good laugh! The acts actually sounded better live than they do on the TV! I think the girl in front of us later went out and got Matt's face tattooed on her back. It would not surprise me. The bloke sitting next to her was leaning ever so slightly away from her, I think in anticipation for the vigour with which she celebrated his existence every time his name was mentioned. Both acts were great. I think Saara was amazing but it was hard to call on the night. So glad a made that relatively little effort to get tickets and get to Wembley at lunch time. Great day.